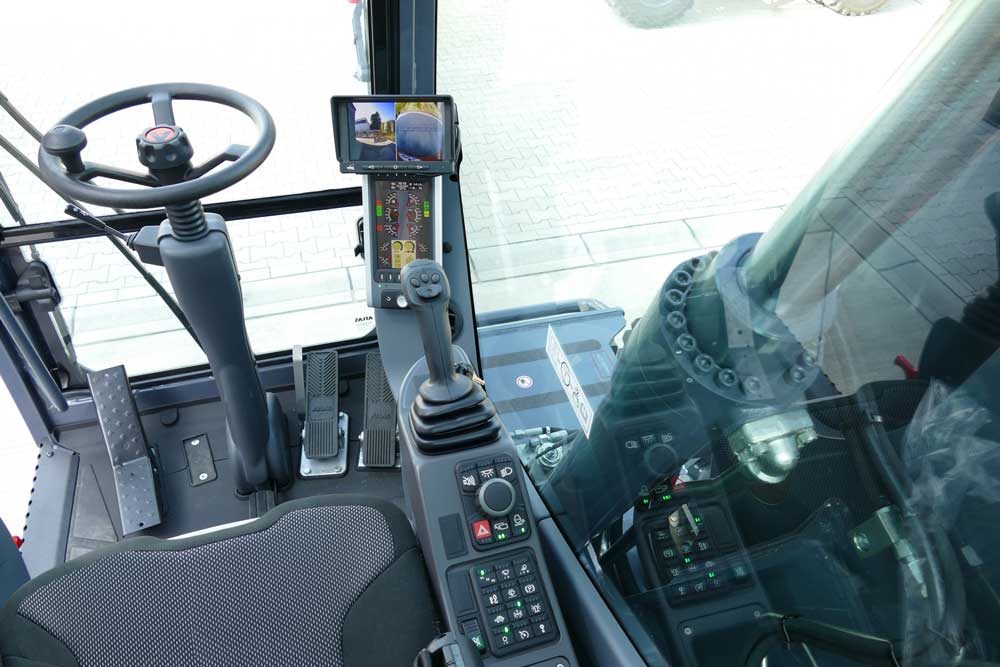 With its new excavator cabin, ATLAS took a big constructional and technological leap forward. The entire interior, control system and usability are modified and improved.

The air conditioning system excels with very short air intake paths, broad cable cross-sections and an extremely quiet operation. The air is now drawn in from the side of the cabin and thus enters in the shortest way possible. The system’s cooling/heating performance is unique. A wonderful effect is that the interior sound in the cabin is two decibels lower. The redesign of the cabin elements is a contributing factor to this.

Digital as well as analog controls

The excavator’s functions can now be controlled via selector button and display. In addition, there is the possibility of giving direct commands via keystroke and control panel. The high contrast display is very comfortable and perfectly readable even under direct sunlight.

To activate the upper carriage lock, only one simple keystroke is required. The “T” key is placed near the joystick on the operator’s left-hand side.

Following user’s requests, the cabin floor has received a new design. Non-slip material assures save boarding and alighting. The rather flat floor profile assures cleaning of the cabin without obstacles.

Much attention and constructional effort went into shelf spaces. A bottle holder is built-in on the right-hand side just in front of the joystick. Tools and materials can be placed on the left-hand side, below and beside the operator’s seat and reachable from the door. Everything is stored safely as enclosed by raised rims. The removable electrical cooling box behind the operator’s seat keeps drinks and food comfortably fresh.

Safety was a major objective of the new cabin. The structure of the upper carriage on the right side has been moved back a great extent. Thus, the dangerous side of road traffic is clearly visible from the ATLAS cabin. In addition, cameras for the right side and rear area are installed by default, which is the prerequisite for moving safely. The precise and clear surveillance picture is visible on the display. We are seeing an entire and effective redesign of the ATLAS cabin.

Photo 1: The completely new right console with digital and direct control, display and rear and side camera.

Photo 2: The completely new left console with mobile phone holder and radio with USB port are integrated. With a push on the T, the upper car is locked.